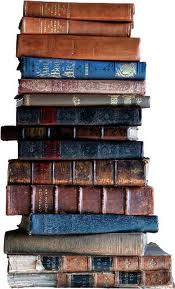 I'm not keen on resolutions, but I did promise myself that I needed to read more and would.

Truth is, I have been slacking off. So last week I grabbed a stack of titles, blocked off a chunk of the weekend, and started to plow through them. I was familiar with either the titles or the authors. What surprised me was how subjective this reading process can be. One of the books was a reach from my usual fare, a literary read. But as the author had won a cache of awards (Ploughshares, Pushcart, and O. Henry), I thought I was in for a nice juicy story. Well, I had problems with the book, both in terms of structure and style. We writers distance ourselves from Amazon reviews, but I sauntered there anyway and learned pretty much everyone agreed with my opinion.

However, two of the books did give me the big WOW! I was looking for.

Machine Man by Max Barry. You don't have to listen too hard to catch the buzz on this book, and it deserves every Oo and Ah! Dr. Charles Neumann loses his leg in a laboratory accident. Ever the obsessive geek, Neumann decides he can engineer a better leg than the prosthesis he's been given. Which he does and decides his artificial leg is better than his real leg so he arranges another "accident" to lose that limb as well. Neumann is dismissive of nature, claiming that nature stops at the best compromise rather than seek the best solution. His newly created prothestics can move on their own, they have GPS, WiFi, run fast as a train and jump up tall buildings. But as smart as Neumann is, there's a lot he doesn't understand or anticipate. For example, he falls in love with his physical therapist and his super-intelligent legs get jealous. When he chooses not to allow his employer--the Better Living corporation--to use his technology for weapons, Nuemann finds himself the subject of a manhunt and conspiracy. The story is a barbed critique of corporate greed (Nuemann is given a pass after murdering the CEO if he returns to the lab and keeps working) and the off-kilter personality of the obsessive myopic geeky tinker who pursues an interest past the point of common sense. 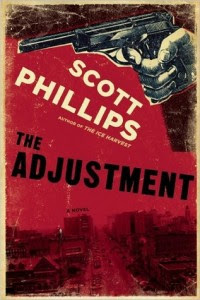 The Adjustment by Scott Phillips. This is one of the best books I've read all year. It's a masterpeice of character-driven noir. We have the image of World War Two vets--the greatest generation--as these gooder-than-good hero types and Phillips adds a fresh and much appreciated perspective with this pulp tale about Wayne Ogden, a recently discharged army sergeant returning home to Wichita, Kansas. Though he initially signed up, to as he put it, "kill Nazis with his bare hands," Ogden was assigned to the Quartermaster Corps, a move better suited to a man with larceny in his heart. He spends the war enriching himself selling government material on the blackmarket, and dealing in narcotics and whores. He brags about his Purple Heart even though the wound was the result of a stabbing from a rival pimp.

The book starts with Ogden driving one of his boss' flings to an abortion clinic in Kansas City. Though Ogden is married to a beautiful woman--who is as horny as she is a bad cook--he doesn't waste time bedding every available woman--ex-girlfriends, hookers, and lonely housewives. Ogden is man with an eye open for every opportunity to make a dollar on any vice: gambling, prostitution, pornography, bootlegging, narcotics, and extortion. He's a flawed character with a twisted heart, the supreme anti-hero, though he's so charming (at least in his point-of-view) that we cheer him on at every break-in, beatdown, and scandalous rendezvous.

Phillips breezily leads us a through a story spiced with contemporary slang and attitudes. B-girls! Blind pigs! Hopheads! What's also surprising about this book is that one, it almost didn't get to market when Phillips' original publisher went bankrupt, and two, it comes from Counterpoint, a smaller press from Berkeley, CA, instead of one of the major NY houses. Which puzzled me as why such an excellent story has been so overlooked. But at least it's here and The Adjustment is not only highly recommended but also one of those books I'll buy plenty of copies to give away.

I've got more books on my TBR pile. Keep reading.

Comments:
Mario,
Thanks for the recs, though you've got me curious about the book you didn't like. Good to hear about the noirish thriller, as I've been getting into all kinds of noir lately--I've been loving Vicki Hendricks "Miami Purity", with its twist on the flawed anti-hero being a woman and some down-and-dirty writing.
Good luck with more reading. I've been trying to--boy, it's hard to find the time, but it's so rewarding. Cheers.

Chris: Thanks for Miami Purity. Got it on my list!

Loved Machine Man. Max Barry is one of my favorites. I' buying The Adjustment right now! So it better be good.

The vampires I blog for naturally support their own kind, BUT they're more than happy to share the spotlight with other dark and mysterious forces too. Your reviews take us (the vampires too. 'Papa' is a voracious reader)into a candy store of enchantment and mystery. Great choices. Great insights. Oh, and the mole people appreciate them too!

Way to go, Mario! I also made a promise to myself to read more fiction, and I have. Frequently I stuck reading too much research material....

Julie: If you don't like The Adjustment, you can throw the book at me.
Billy: We are fans of the mole people.
Frank: Research by reading fiction.