First of all, last week at MileHiCon I had the pleasure of meeting Gardner Dozois, the award-winning editor and author of science fiction in short stories and novels. The Arapahoe Library District interviewed Dozois, and other presenters at the con, and you can listen to the podcasts for free on iTunes. Gardner's interview gives you a good idea of his wit and deep roots in the publishing biz. Of particular interest are his musings on the future of books and bookstores.

You'll also find chats with Jeanne and me, though I should caution you that she wasn't anywhere near as erudite and thoughtful as I was.

Now, on to Monsters.

It's Halloween and we love our creepy-crawlies. Most of our modern stories come from the movies. I'll admit that growing up, I wasn't a fan of supernatural monster movies or TV shows. Many of my friends, especially their sisters, were keen on Dark Shadows. Try as hard as I could, I couldn't get into Barnabas Collins. Or Dracula? Yawn. Zombies? Snooze. 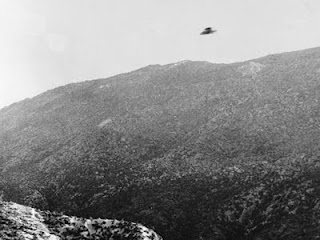 Science fiction was a different story. Maybe because I lived in New Mexico and grew up on UFO sightings instead of ghost stories.

I was willing to overlook the cheesy special effects and suspend disbelief for movies like:


Them! (1954) What else could be the byproduct of nuclear weapons testing except for giant mutated ants? (The movie is better than the poster.)

Tarantula. (1955) A favorite because the monster is killed with a weapon that never fails--napalm! This movie includes one of the first big screen appearances of a young Clint Eastwood (as a pilot who drops said napalm.)


Back then, in the prehistoric days before the Internet and YouTube--in fact, even before cable-- catching monsters on TV was an iffy thing for me. There was one forgotten movie where a rocket ship lands on a Mars-like planet. The astronauts were stalked by a monster snake that burrowed through the sand and was killed with a bazooka (super cool idea to a pre-teen).

The monster movies that gave me the most chills were:

Alien. Even though the monster was played by a man in a suit (Bolaji Badejo), because of its convincing movements and details like the goo dripping from the jaws (genius!), this was at last a monster that really gave me the willies. The sequel Aliens ramped up the action and the terror.

The Thing (1982) The original movie (1951) was more of an intellectual exercise, but this remake didn't give you any chance to doubt the horror. The recent Norwegian prequel did a good job dovetailing into the story and is recommended for you monster fans.

Predator. A different kind of monster and one of the few cinema aliens smart enough to be worthy of the terror he brings.

Cape Fear. Okay, not your typical monster, but Robert De Niro played an ex-con villain who truly creeped me out.

The Day After. Again, no movie monsters but the terror came from thermonuclear war unleashed. The scene of the ICBMs shooting from their silos raised goose-bumps. 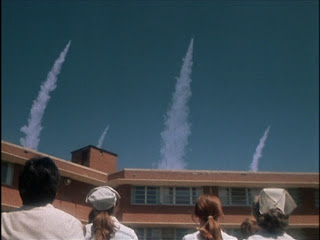 Bend over and kiss your ass goodbye. 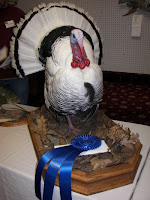 What about monster movies that disappointed? The blue ribbon for those turkeys must go to Starship Troopers. A great story premise ruined by bad casting, bad scripting, and really stupid, stupid soldiers. The movie got so bad that by the middle, my sons and I were cheering for the alien insects.

Comments:
All great picks, Mario! Some of my favorites growing up were all the Mummy movies, with Chris and Boris, anything with *Vincent Price* in it. A golem movie here and there. Guilty pleasures were anything Hammer Films put out (come on, do I REALLY have to justify that as a growin teenage boy...?). Loved a good werewolf, flick, too. Curiously, I wasn't too into the SF then, it was all "too cheesy" for me, which is weird, given my stated preferences, above (got into SF later in life). What can I say? I loved (and still do) atmosphere over gore.

Alien and Aliens (the latter I'm watching tonight after taking dudester around the planet for candy) are awesome. King Kong, especially Jackson's remake, is a ferocious monster that wins our hearts which makes the story a topper!

Frank: Vincent Price, of course.
Dave: King Kong, how could I forget?

Great nostalgia, Mario. On Halloween night Bobette and I watched "Dreamcatcher" (2003)... Talk about some nasty aliens and great special effects. I was surprised to see moss growing on everything in the cabin. Reminded me of Alien Apocalypse - The Storm by Dean Giles (TWB Press, 2011). See you and Frankendad at critique. Terry

It was a pleasure interviewing you and Jeanne especially! Thanks for the shoutout!