Jeanne's still at DragonCon and her name has yet to come up on any police blotter reports, which means she might be behaving herself. 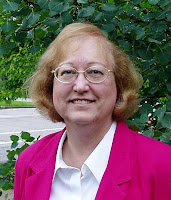 Last week at Bubonicon, one of the big draws was Connie Willis, bestselling novelist and winner of a starship load of awards--the Hugo(s), Nebula(s), Locus(es), Arthur C. Clarke(s), World Fantasy(ies), John Campbell, and one from the British Science Fiction Association. I sat in on her presentation, Irony in Action. She defined irony as the Law of Unintended Consequences put into effect and offered this wonderful example:


"Irony is when you buy a suit with two pairs of pants and burn a hole in the coat."

Willis discussed her favorite ironic metaphor, the luxury ship Titanic, and the tragic "what-ifs" that led to so much loss of life: Had the Titanic taken no evasive action and hit the iceberg straight on, the ship wouldn't have sank so quickly. 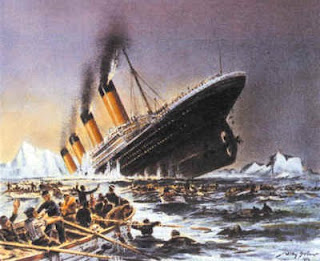 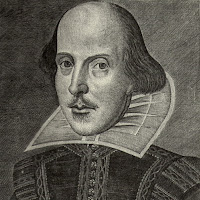 Willis said that irony was her favorite literary device as it shows that history often hangs in the balance of trivial details (as when the duty officer at Pearl Harbor dismissed the radar report of a large inbound formation of airplanes) and that despite their best intentions, people make counterproductive choices (Oedipus). Willis explained why she didn't like grocery books (those bestsellers near the check-out stands) because of their hit-you-on-the-head earnestness and lack of irony. Everyone's favorite bestselling punching bag, Stephenie Meyer, was mentioned...several times. Willis said the Bible and the great works of literature were framed in irony. Among her favorite masters of irony, Shakespeare and F. Scott Fitzgerald.

So I looked back at my favorite books and movies and behold: irony in action all over the place. Even Disney reveled in it and one of the studio's best-known tearjerkers drops irony like the blade of a guillotine. 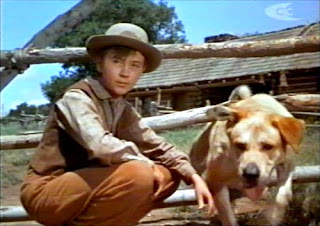 It's post-Civil War Texas. Young Travis (played by Tommy Kirk) reluctantly adopts a stray yellow mongrel dog. Though Old Yeller does typically dog-dumb things, it does show its worth by repeating fending off varmints and dangerous critters. Then Old Yeller protects the family by tangling with a marauding wolf and so contracts rabies. Travis watches his beloved companion go mad and vicious and can either let Old Yeller die a tormented death...or he can put the dog out of its misery. So in doing the right thing, Travis has to shoot his best friend. *sniff* Hand me a tissue.

Comments:
Mario,
Don't you love Connie Willis? She's hilarious.
There's this Adlerian exercise, to describe your earliest memory and then title it. The title is supposed to be very telling about your personality. Mine is from when I was about 3 or 4, searching frantically for my new purple swimming suit so I could swim in the lake. Didn't find it, so swam in my underwear. Got home and the purple suit was right on top of the living room cabinet. My title: "Irony."
Come to think of it, that's really more like Alanis Morissette-style, Canadian irony. But there you have it.

In 1999, I thought I was being financially irresponsible when I sold a large amount of stock shares to rebuild my classic car.

Since then, my car has gone up in value and the shares of stock I sold would now be worth one-fifth of what they were in 1999.

Chris: Connie Willis is funny and so smart. Always a pleasure to hear her speak.
Vampiresyndrome: irony strikes anytime, anywhere!

I used to have a rule that every short story of mine had to have ironic elements. No room for lazy writing with irony in the mix!

Speaking of mix...hope you're stocked up for Marg making this weekend! Can't wait to see you and everyone!

The blender is ready.
See y'all at Colorado Gold.