It hurts my heart when ANY bookstore closes.

I'm in San Diego getting ready for ComicCon by taking a few days off with my sis. We had a Hercule Poirot marathon and just got started on film noir but I found so much stuff for this week's blog, I thought I'd better get started.

What to do first? Maybe Harry Potter? From Buzzfeed :

Just two of my favorites: 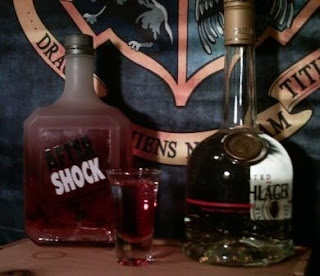 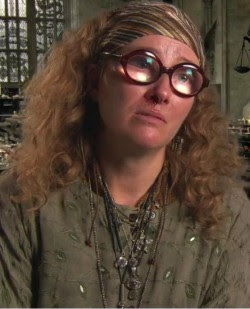 And this nice piece that I think I got from Shelf Awareness or UK Guardian, but for some reason I didn't not the source. My apologies. In it, she thanks a fan who wrote how much the HP books meant to her. Worth searching out a magnifying glass.... oops-- found the link 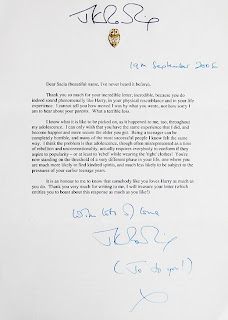 Doggy Bookends from Buzzfeed —under the heading, it’s always nice to include your pets in household duties. 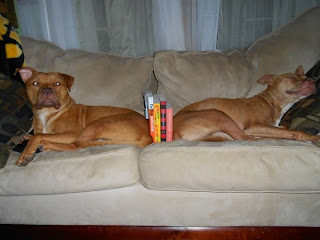 In Pun We Must from Independent Weekly on Vimeo.

In Pun We must Vimeo

A short examination of the art of the pun, narrated by George Gopen, Professor of the Practice of Rhetoric at Duke University and principal judge for the inaugural Durham Pun Championship at The Regulator Bookshop, July 9, 2011. Universal has passed on going forward with the project, dealing a huge blow in the plan for Ron Howard to direct Akiva Goldsman's script, with Brian Grazer, Goldsman and the author producing and Javier Bardem starring as gunslinger Roland Deschain. Now, the filmmakers will have to find a new backer of what might well be the most ambitious movie project since Bob Shaye allowed Peter Jackson to shoot three installments of The Lord of the Rings back to back. 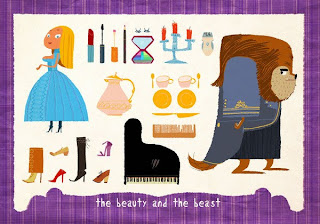 I love this-- from buzzfeed

All I have to say about this next is WOW... Hunger Games Exclusive Motion Poster. See it in all it's fiery glory here

Today I meet with my cousin's critique group at the home of another cousin in Oceanside. Should be fun...and interesting. I'm going to offer critiques. Hope I'm invited back.

So, what are you up to? Denverites, is it still hotter than hades??? I've updated my website (thanks, Jay Salam) so all upcoming appearances to date are noted. Stop by and take a look...
PS I have to add, back from my cuz's and his critique group has some of the most talented writers I've ever had the pleasure to visit with. Every item submitted was polished and well-written and every voice unique. I have a feeling we'll be hearing from some of them very soon. They were that good. So, thanks, Cousin Al, for inviting me! And Cousin Rich for sharing his beautiful home. And the Corona Writers Group for sharing their work.

PPS Two upcoming chats that you might drop in on--

Fresh Fiction Chat with the authors of Chicks Kick Butt

Since I haven't set up a Twitter account yet (will this weekend) this one should be interesting!

Okay, now I really am done!!

Comments:
J K Rowling is indeed a classy lady. What a great letter to a fan.

Have fun in San Diego. I am highly envious of all who can attend.

Hunger Games poster is very awesome. I do look forward to seeing this. I liked the first book quite a bit, made for a great audiobook.

Yep, still smokin' hot here. Upper 90s in the day and back to rain and fab lightning and thunder storms in the late afternoons.

Getting in some high quality time reading on shifts...thank goodness for not much to do and no one minding that we bring a book (or two).

Still planning on attending RomCon at least one day. Not sure about the bar gathering, but at least day time show.

Hotter than Hades???? I am laughing maniacally. I haven't felt true heat since February, and it wasn't in this country. You don't know how miserable it is to be in Seattle, now to be forever known as the Home of the 78 Minute Summer. Quote from the Seattle Times:

"Sistek decided to look back to June 1 to see how much of our summer has actually been summery. Using a minute by minute temperature station at the UW's Atmospheric Sciences Department, he looked for "truly warm summer" moments — which he defined as any time the temperature reached at least 80 degrees.

That's it, Seattle. We've had a grand total of 78 minutes of summer. As Sistek put it, if you went to a movie you could miss it."

I would freaking KILL for a 90 degree day (dry heat, of course).

Vickie sounds like nothing's changed...it's really nice here but humid. Not so used to that!

I pick up Phil at 2 and head down to the con center for my panel and signing. Mad house as usual.

78 minutes of summer???? That is a little extreme!! I guess we're never really satisfied, are we?

Have fun at ComicCon. So Jealous. I am locked in the deadline closet until Sept.

So looking forward to the hunger games movie. I'm still of the mind that since it opens on my birthday I should get in free...

Hey Suzi-- I know deadline closets very well!! And absolutely, you should get in free on your birthday. In fact, we should start a movement!!!