Father's Day makes me a little extra wistful for my old man and reflect on how different my life is versus the way his turned out. He died at 51, under circumstances that I'd rather explain in another blog.

A big difference is my circle of wonderful friends. I can't imagine my dad, or a man of his generation for that matter, having the web of informal acquaintances that I have, especially with women (no hanky-panky...really). It's not unusual for us--in groups or paired up--to have dinners, go to the movies, road trips, even indulge in some crotch couch-surfing. And we talk about everything, mostly about stuff that during my father's time, would've been delivered in a plain brown wrapper.

It's a lifestyle (outwardly irreverent and pervy but inwardly, we all work our asses off--being a Bohemian ain't cheap) made possible because I'm blessed to live in Denver, where I've found my two tribes: Writers and Artists...who both happened to have hosted spectacular soirees this weekend. 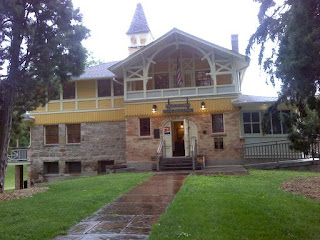 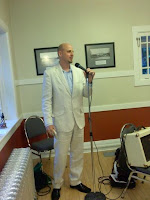 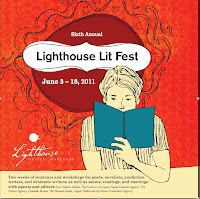 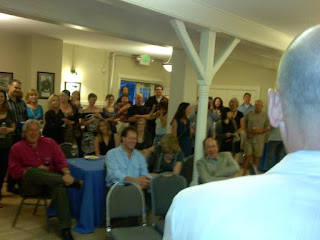 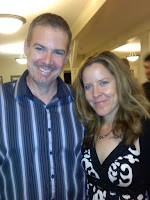 Anticipating that I might be drinking a bit (with so much free booze, who could resist?) I took the bus, the infamous 15L, a.k.a. the Colfax Ghetto Cruiser a.k.a. the Vomit Comet. 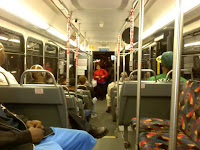 And then there's my artist tribe... 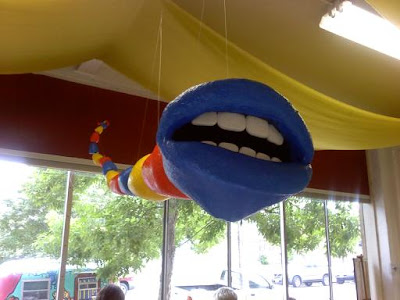 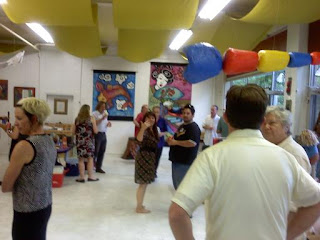 ...who circled the ponies at The Art Salon's reception for The Bold and the Beautiful-Colorful Works by Wild Women. Geishas, koi, pretty birds, and a post-apocalyptic fruit bowl (for when your food feels scared and lonely).

Kevin Hearne's IRON DRUID urban fantasy trilogy set in Tempe, Arizona, featuring a rare book salesman, herb peddler, and 2,000 year old druid - the last of his kind - who has been on the run for over two millennia from a very angry ancient Celtic god; the first book HOUNDED primarily features the many Celtic gods; HEXED will focus on Coyote and the Bacchants; HAMMERED will be about a plot against Thor (everybody hates Thor), to Anne Clarke at Orbit UK, by Evan Goldfield at Jill Grinberg Literary Management (UK and Commonwealth).

Chuck Wendig's BLACKBIRDS, in which a woman is cursed with the ability to foresee how people will die, but without the ability to save them --until she foresees a death that forces her to try to change fate, and MOCKINGBIRDS, to Lee Harris at Angry Robot, by Stacia Decker at the Donald Maass Literary Agency (World English).

Not that I'm much on resolutions, but seeing as I'm always telling writers to read, read, read, I decided that it's best if I lead by example. So this week's offering is another splendid book by the amazing Sherman Alexie. First published in 2000, The Toughest Indian in the World is an anthology of Alexie's short fiction. As befitting the title, the works are one-two knockout punches, first a left with humor then a haymaker loaded with poignancy. He'll beat you senseless and you'll love the pounding. Now go read. 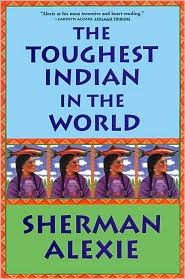 Comments:
Sherman Alexie is also hilarious at his booksignings if you ever get a chance to see him.

Chris: I'm sure he is. Will check him out the next time he's in town. Thanks.

OK I hate to be a nitpicker and I realize you must be hungover from the weekend so I should make allowances blah blah blah but I don't think Sherman Alexie was quite able to pound out those stories while he was still a babe in diapers back in 1966. While that surely would have been impressive (and perhaps entertaining to watch) I'm thinking that book was more like 2000.

Hey Catfriend: You are correct. Thanks much for catching the typo. Cheers!