HBO will air a 15-minute sneak peek of the first episode of new series Game of Thrones on Sunday, April 3, ahead of the fantasy series' premiere on April 17. Part Three of HBO's miniseries Mildred Pierce, which was scheduled for 9 PM that night, will now start at 9:15 PM. Following the one-time-only play, the Game of Thrones preview will be available online and on demand. 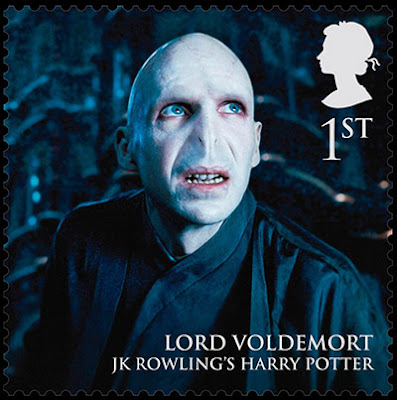 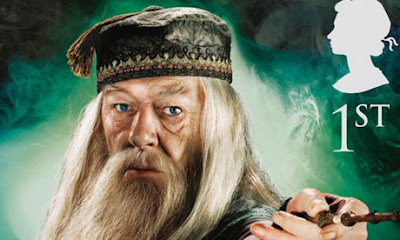 Speaking of Daniel Radcliffe. What new roles would you like to see him take on?

Variety reports the actor will star in the indie comedy The Amateur Photographer based on Christopher Monger’s novel of the same name (he’ll also write the screenplay and direct himself). In the film, which takes place in 1970, Radcliffe will play a young man who’s drafted to be a photographer for the people of a small New England town, capturing all their most intimate moments while at the same time discovering his artistic calling.

New and innovative way to amuse your baby with your old rejection letters:

From the people who brought you NaNoWriMo, a new opportunity - Script Frenzy


Script Frenzy is the Office of Letters and Light's springtime writing escapade. Our goal: writing a movie, play, or graphic novel in April. Partnering is encouraged. All kinds of scripts are allowed, including adaptations of your NaNoWriMo novel. The t-shirts are stunning! No experience is necessary! Script Frenzy's Scriptwriting How-To's will teach you everything you need to know. We even have a machine on the Script Frenzy homepage that generates Oscar-ready plots 24 hours a day.


And I'll finish with an announcement about a new signing I'm doing with Lizzie T. Leaf and Melissa Mayhue: 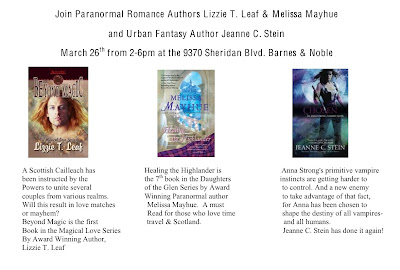 CondorCon pics not in yet so that will have to be for another time. Hope this was enough new stuff to keep you all busy for the week.

What's new in your world?

Comments:
J: Thank you for the hewgah laugh with the laughing baby video. I was in tears, I was laughing so hard. There is not much neater than a baby's laugh.

We will see you on Saturday 26 Mar at the B&N, it's not far from our house. My dad might be here too, to celebrate the last part of Spring Break with Lady K and me.

Thank you for half-naked Eric, too. Made me take back my 'permission' to DH to shut off HBO since we don't watch it much....then there's half-naked Eric.

What's going on up here? Lady K is hosting her first sleepover for her birthday party. She requested it last year instead a regular party at some party place, so we get four little 8 year old girls over tomorrow evening for pizza, hot dogs, Wii, crafts (painting clay pots and making picture frames with popsicle sticks), and lots of movies and giggling.

DH is rebuilding the engine in the 'girlfriend', his 240Z. He's getting to use all kinds of engine-y things and having a large time.

I joined Weight Watchers as I am tired of this fluff.

Work is still going. We launch a satellite soon, so everyone is amped to the gills.

Reading, reading, reading. Listening to SIDE JOBS - Jim Butcher. James Marsters is still the narrator, so I get to drive to work and home with Spike telling me a story....sigh....

Oh, give LadyK a big smooch for me. When is her bd? I should keep track.

Driving with Spike sounds pretty cool to me...

I'm so glad you're coming on the 26th--can hardly wait to see you!

just wanted to let you know that there's a giveaway of HEXED ARC on ilona's website. (just to get your pimpage on)

thanks for the tip-- I will check it out!

Hi Jeanne! Well, the tot turned 7 and we spent the day at Disneyland.

Can't wait to see you at RT. I'm a hostess at the Steampunk social and planning that is taking a lot of time, lol. But, there will be cakepops.