Wednesday, February 02, 2011
The Wire and Other Shorts A rather short entry today. My mind is preoccupied with the new book. But I did want to mention a series I just finished via Netflix. If any of you have not seen the series The Wire, run, don't walk to get your hands on a copy of it. It's five seasons of the best television I've ever seen. I'd be interested in your opinions. I'll tell you right now my favorite character is Snoop. If you've seen it, what's yours? 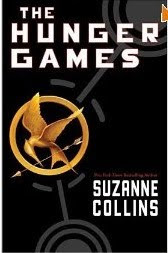 From Variety via Shelf Awareness:

Lionsgate has set a March 23, 2012 release date for The Hunger Games, director Gary Ross's adaptation of the first novel in the trilogy by Suzanne Collins. A cast has not yet been named. Variety reported that Lionsgate "acquired the feature rights in 2009 and set the project up with Nina Jacobson at her Color Force banner with Collins adapting her own novel."

This one I don't get from The Hollywood Reporter :

The Madea mastermind will take on the James Patterson-created character, previously played in two movies by Morgan Freeman.

For his next gig, Tyler Perry is losing the wig and donning the suit of detective-psychologist Alex Cross.

QED is mounting a production based on the popular James Patterson character that has already been portrayed by Morgan Freeman in two previous studio movies.

Tyler Perry? I guess I can't see him in a serious role, let alone one done first by Morgan Freeman.

And if you're a follower, Rick Marshall posted a blog on an interview he did with Dark Horse editor Scott Allie on Whedonverse 2011: Buffy: Season Nine, Dollhouse and Serenity comics. After the ending of Season Eight, I can't even begin to guess what comes next.

Okay, back to the book. I want to thank all of you who had such complimentary things to say about the new headshot...both here and on Facebook. And Mario has posted such thoughtful, intelligent posts the last two Mondays, I'm beginning to wonder if there isn't a doppelganger out there loose. If so, what have you done with the real Mario?

In any case, one of the Mario's will be appearing with me this Tuesday at the Smoky Hills Library, 5430 South Biscay Circle, Centennial CO (303-542-7279). Then on Thursday, I have a solo gig at the new Southglenn Library, 6972 South Vine Street, Centennial CO 80122 (303-542-7279). The library is located in the new Streets of Southglenn Mall so if you haven't yet been there, perfect opportunity to check it out.

Stay warm. I was going to start off with we're freezing our butts off here but it's nothing compared to other parts of the country. What's a high of -4 when there are places out there under four feet of snow? Crazy winter. At least whats-his-name didn't see his shadow....

Comments:
So agree on The Wire! Mr. Crane and I both feel it's the greatest tv show ever. The complexity is like a really great and plotty Victorian novel, or kind of Dickensian. My fave character is OMAR!!!!

Hey Carolyn-- Omar was probably my second favorite. How ironic that he met the end he did. I expected Marlo to catch up with him.

BEST. TV. EVER. (PERIOD.)
(And it kills me that I have yet to win over any converts... people who think it sounds "too depressing" or something. *sigh*)

I agree with all your choices--especially Stringer Bell. He had a vision. His character reminded me of the movie King of New York. Christopher Walken's character.

Meant to say above, his character ARC reminded me of the movie....

Distracted. Lost a whole day's writing because of a stupid mistake with a thumb drive...

I'm totally late to the game (sorry, classes started up again). I did want to say though that I love the new headshot. It seems that author headshots either go very well or go very bad. In your case I give it two thumbs up. It seem casual yet professional, and I appreciate that shallow depth of field. Were you actually outside or is that a backdrop? I'm guessing you were actually outside due to the color cast and lighting, but some people can do amazing things with Photoshop these days so you never know :)

Best of luck on the new book!

Hey Leia-- Kelly is wonderful! And yes, we were actually outside in a park very close to my home. She made me move around a lot until the lighting was just right. And she got just the "look" I was aiming for. You hit it--casual but professional. No glamour shots!!! They're just not me.