Wednesday, October 20, 2010
Friends in the News... Two items of interest from friends--

CBS is developing a series based on author Charlaine Harris' Harper Connelly series of mystery novels.

In the case of the Harper Connelly books, Eye likely hopes that lightning strikes twice with Harris, whose "Sookie Stackhouse" thrillers were turned into HBO's hit series "True Blood."

"Grave Sight" -- titled after Harris' first Harper Connelly book -- will come from Ridley Scott and Tony Scott, as well as Naren Shankar ("CSI"), David Zucker and scribe Kam Miller ("Law and Order: SVU"), all of whom will exec produce.

The Harper Connelly mysteries center on a woman who's struck by lightning -- and suddenly able to see the last moments of the dead.

Talk about the big guns...Charlaine may have a second mega-hit on her hands.

And Jackie Kessler (the Hell on Earth series), writing as Jackie Morse Kessler has her first YA out. 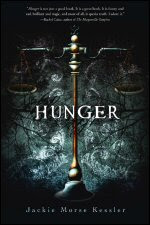 In her own words: It's official: HUNGER is on sale. HUNGER is about an anorexic teenage girl who becomes the new Famine, one of the Four Horsemen of the Apocalypse. A portion of proceeds is being donated to the National Eating Disorders
Association.

"Kessler has written an unusual allegory about eating disorders, one that works on several levels. . . . A refreshingly new approach to the YA eating-disorder genre that reinforces the difficulty of conquering these diseases."--Booklist

Jackie is a wonderful writer and though I haven't read this one yet, I'm looking forward to it. The reviews have been terrific. Give it a shot.

From PBS.org : Beginning this Sunday, October 24, Masterpiece Mystery! is showing three episodes of a new BBC production of Sherlock Holmes that is set in contemporary London. The first episode is A Study in Pink, based on A Study in Scarlet, the Arthur Conan Doyle story that introduced readers to the brilliant, eccentric detective. On October 31, The Blind Banker airs; November 7 is The Great Game.

Not sure I understand the "set in contemporary London" but I'll watch. It's from the writers of Doctor Who so this should be VERY interesting.

Here's the kind of marketing you can do if you have big bucks:

A new campaign for “Decoded,” the memoir by the hip-hop performer Jay-Z, promises to be a real head-turner. Beginning Monday, reproductions of entire pages of the book will appear unannounced in locales referred to in those pages. (Like the pool table above)

“If in certain pages Jay-Z is talking about something related to Times Square, then those pages might be on billboards in Times Square,” said David Droga, creative chairman Droga5, the New York agency heading the campaign. Mr. Droga declined to reveal locations beforehand (including the veracity of the Times Square example), but did describe the campaign in oblique terms.

Players who are the first to discover the pages will be eligible to win a signed copy of the book and the grand prize, a trip to Las Vegas to see Jay-Z and Coldplay in a New Year’s Eve concert. Andrew Adam Newman 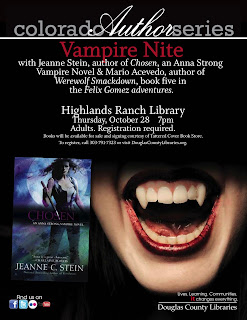 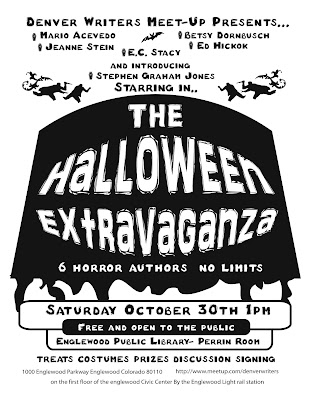 # # # #
There's a contest going on now at Patricia's Vampire Notes - another interview with moi and a chance to win prizes.

On Halloween I'm guest blogger at Steamed , our very own Suzanne Lazear's blog on the world of Steampunk. I'll not only be giving away one of my books but Cherie Priest's newest, Dreadnought.

So, what's new with you? Any special Halloween plans? The Tot and Lady K? What's your pleasure this year? And how about NaNoWriMo? Any takers? We could post our progress here or become buddies online.

Comments:
Really hope the CBS project gets off the ground. It must be if Ridley and Tony Scott are behind it. Trying to imagine who would be the actors.

I will have to remember to look which PBS channel here in Denver area is showing the Sherlock Holmes episodes. Sherlock in contemporary time? Hmmm......

Lady K is going to be a cheerleader for Halloween this year. She's still going back and forth if she will be a regular cheerleader or an undead one....She likes the symmetry of being undead last year and alive this year and will alternate years of undeadness I guess.
She has a skating party to go to on Monday night, Halloween party and parade at school and then making the rounds on Sunday night. She is sacrificing swim lessons for the candy...oh how noble....
*grin*

I'll head over to Patricia's blog, I love her interviews and reviews. And you!

I'd sacrifice swim for the candy, too!! Send pics!!

So, Mario, are you wearing your red pumps this year?

Bet Mario has the gams for red pumps....are they sparkly red ones?

I will definitely send pics of Lady K.