Sunday, June 27, 2010
Who would be the mostest badass Felix Gomez?
Mario here:
Issue #2 of Killing the Cobra is hot off the press.  Here in the Denver area, you can get copies from the Broadway Book Mall, 200 S Broadway.  If your local comic book store doesn't carry the series, order it from Things from Another World. 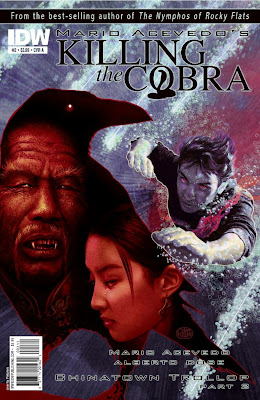 Of the four covers, this is my favorite as Felix Gomez looks positively badass.
The action gets bloody.

There's a reason even the undead shouldn't mess with the Han Cobras. 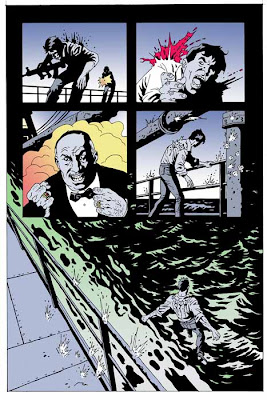 And things get creepy when master criminal Jiang Chow turns to the occult for help against our vampire hero. 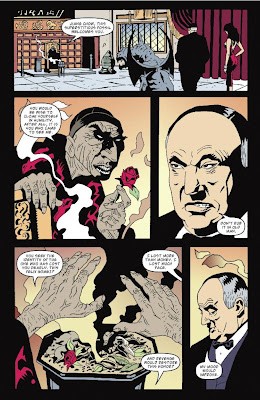 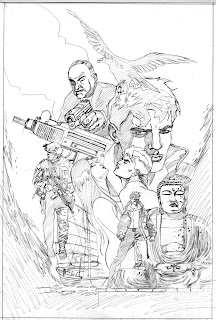 Bonus for you Biting-Edge fans: The pencil sketch for the alternate cover by Alberto Dose.
The Real Felix Gomez
Yes, there is a real Felix Gomez.  Actually, many.  I found one Felix on a telenovela streaming from Spanish TV: Amar en Tiempos Revueltos (To Love in Turbulent Times) about life--and love--in Fascist Spain during the Franco years.  It's a historical drama with betrayals, treachery, double-crosses, and infidelities worthy of any soap opera.  I'm midway through the first season and the best line so far: "Don't bore me with the truth; lies are much more interesting."

Actor Felix Gomez plays Rodrigo Robles Castillo, a young Falangist whose life is complicated by, you guessed it, unrequited love.

Another favorite is the dashing Cristobal Suarez, who plays the lawyer, Mario Ayala.  Normally even tempered and stalwart, his life was given an emotional detour (by a woman, of course) and he's gone on several benders with ladies of easy virtue.  Not a bad way to ease the heartache.

The actor I can see as my Felix Gomez is Rodolfo Sancho, who plays the intense and troubled Antonio Ramirez, a red condemned to death by the Franco regime.  His woman problems are worse than Rodrigo's or Mario's.  He is the husband of Andrea Robles (Rodrigo's sister) but since they were not married by the church, their government annulled their marriage and stole their son.

Despite what you hear of Spanish beauties, none of the women on the show so far ring my chimes...with the exception of Paloma, played by Ana Otero.  She is smart, clever, very easy on the eyes, and worth any complication.
Signing Alert!

D Bar has changed its cocktails.  Of course we kept our fabulous Martinis but come by and try some of our new drinks.  Check out the root beer float, I mean come on booze and ice cream, what could be better?

Comments:
How about Nestor Carbonell? Lost is done, dude needs a job, and I wouldn't mind spending some quality time with that man... There's always Benicio del Toro, but perhaps he is a bit too old for the part, a bit too brooding and a lot too expensive.

oh, but Benicio del Toro would get my vote, too--