Wednesday, June 09, 2010
If you haven't caught.... Mario's interview with Juliet Blackwell, I suggest you get to it. There is still time to get in on the contest give-away. BTW, when Mario talks about being under a spell, I think he means it. But you didn't hear that from me...

This will be short. Next week I'm off to Crested Butte to participate in their Writers Conference. Since I've never been there, I'm really looking forward to it. 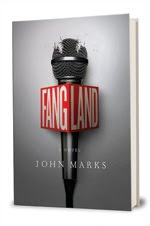 From Shelf Awareness: John Carpenter will direct Fangland, an updated version of Bram Stoker's Dracula "based on the 2007 novel by former 60 Minutes producer John Marks. It's centered on a New York-based producer who travels to Romania for an interview with a notorious European arms dealer, who turns out to be a modern-day Dracula," Variety reported. Mark Wheaton (Friday the 13th) wrote the screenplay.

In case you've been living in a cave and missed this, Stephanie Meyer's novella The Short Second Life of Bree Tanner is being offered as a free read here until July 5. For the curious who don't want to shell out $ to buy the thing. 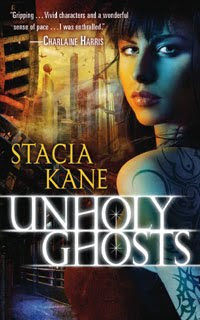 But for a book you really should shell out your money for, Stacia Kane's
Unholy Ghost is available now . This link will take you to a page where you can download the first five chapters for free. Try it. You'll like it.

And here's MTV's preview of HP and the Deathly Hallows—boy have these kids grown up!!

Okay, that's about it. Told you this would be short. Have you planned your summer vacation yet? Tell me about it.

PS This just in-- pictures from the premiere of True Blood Season Three. Charlaine looks gorgeous!!!

Comments:
Should I feel ashamed for giggling at the name "Crested Butte"? ;-)

I'm taking the tot to the rodeo, lol. I'm going to hit Harry Potter land when I'm in Orlando for the RWA conference (sans tot). What are you doing?