Monday, May 03, 2010
Delta gets you there... eventually!
Mario here:
Jeanne and I are back from RT 2010.  What a time!
But first, late post because my flight from Columbus missed the connection at Cincinnati and I had to spend the night in beautiful Erlander KY.  Fortunately I found a bar across the street and diluted my consternation with scotch (served in cheapy plastic cups).
Now on to RT.
WOW!  Most of the Leaguers with there, along with honorary members who joined us to help rid Columbus of excess vodka, wine, and scotch.  Which we replaced with copious loads of snark. 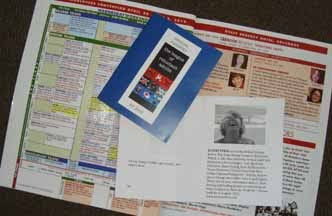 Our plan to slather on the snark included our epic and infamous RT 2010 Passport.  To be a collectors item for sure because of all the scribbled smut and crude drawings that defiled the photos of our fellow Leaguers.  I think Jeanne started the trend.  Or Mark Henry. 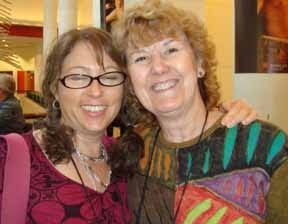 New Leaguers were welcomed with a hug as Jeanne did with Carolyn Crane. 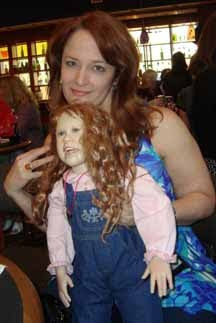 Diana Rowland brought along her creepy zombie-complexion doll, which gave shivers to both the drunk and sober!  Diana played neglectful lush mommy with a convincing touch. 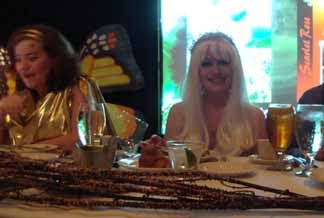 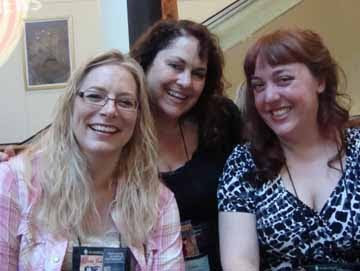 Honorary Leaguers, Lori Armstrong, Juliet Blackwell, and Rachel Herron, coming up for air after inhaling cocktails in the hotel bar. 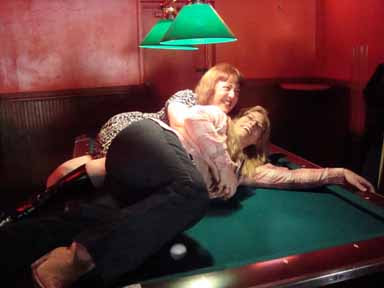 A lot of the conference action happened away from the hotel.  Lori and Rachel entertained us with woman-on-woman hijinks on the pool table at the Char Bar. 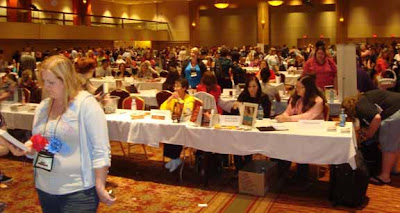 The Book Fair swallowed us whole with its ginormous awesomeness. 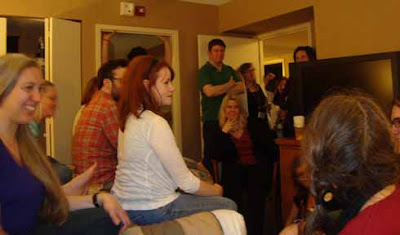 But the perigee of League shenanigans was no doubt, the Rock Band Party/ Public reading of erotica.
Mark Henry emceed the performance, a dramatic reading of steamy excerpts.  Among the choice words: veiny, quim, and cods (<-WTF?)  A classic historical romance. 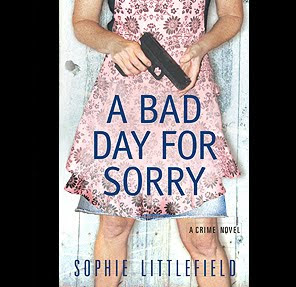 Sophie Littlefield's A Bad Day for Sorry won the RT Award for Best Mystery (and was nominated for an Edgar.)
Finally, sad news.  Lori Armstrong shared the news that the First Offenders Blog is no more.  Pay one last visit and leave a comment.
¶ posted by Mario Acevedo @ 2:33 PM

Comments:
Glad you made it home okay. Sounds like fun had by all.

I fell for the title of Sophie's book when I saw it mentioned in a review a couple of weeks ago. It's been on the WWBL since. Looking forward to reading this one and the next.

Sophie is an awesome storyteller.

Hi, Mario! Hi, Jeanne! Did you happen to bring home a pair of those wings? I'd like to surprise John - he think all we talk about is writing, LOL Looks like you two had a great time - welcome home! --Janet

The passport idea sounds fun. Can you explain how it works. did they have to "collect" stamps? Did they get a prize at the end? (okay, I'm thinking of stealing this idea and steampunking it for the lolitas since they'll be en masse at Los Angeles next year, lol)

Suzanne,
The fans also got a Reluctant Adult Trainee ribbon when they first got the passport. They then had to go around the world and collect stamps/signatures from each Leaguer. To make things interesting, each Leaguer defaced the photos of their fellow Leaguers with choice snark. Think men's bathroom graffiti at its worst. For their troubles, at the end, the fans got another ribbon: I got snarked and loved it!

Thanks. :) I'm thinking a steampunk passport could be fun.