A few pics from Norwescon but first a little book to screen news from Variety .

HBO has greenlighted the new series "Game of Thrones," and it's not just TV execs who are hoping for the next "True Blood."

Also keeping their fingers crossed are the folks at Bantam Spectra Books, the Random House imprint that publishes "A Song of Ice and Fire," the George R.R. Martin book series that inspired the skein.

The AMC network has greenlighted six episodes of a project based on Robert Kirkman's graphic novel series The Walking Dead. Frank Darabont co-wrote and is directing the pilot, which will begin shooting in June and is "targeted for an October bow, dovetailing with Halloween and AMC's annual 'Fearfest' two-week marathon of horror and thriller pics," Variety reported.

"He's taken the baseline road map of the underlying material and just blew it out to the next level," said Joel Stillerman, AMC's senior v-p of programming, production and digital content. "There's stuff in there that will make the people who love the comics very happy and some surprises in there as well." 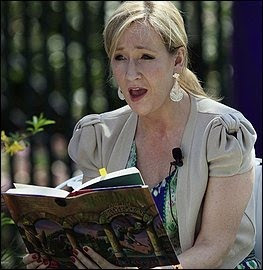 JKR was at the White House Easter Egg event, and she was asked about future books and whether she would ever write anything else in the HP universe.

Okay, Norwescon was a blast—mostly because I stayed with the great Mark Henry and his lovely wife Caroline. He not only took me in, he had the fabulous Jaye Wells as a houseguest as well. Now I ask you, is that going above and beyond???

Actually, now that I’m looking over the pictures, I don’t have ANY of the con. But here are a few taken after when the fun really started. 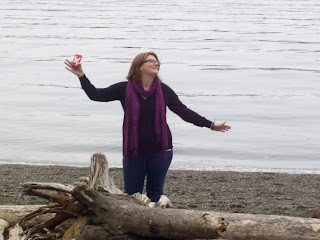 Mark, Caroline and Jaye on our Easter drive up the coast. 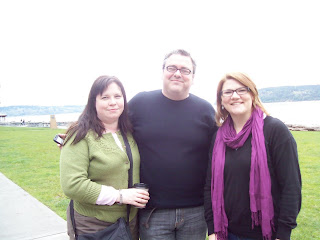 Jaye posing by the water...she's such a drama queen! 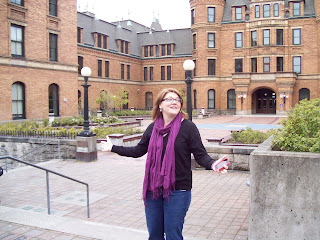 Jaye in front of the coolest high school in the country! Can you name the movie that it was featured in? 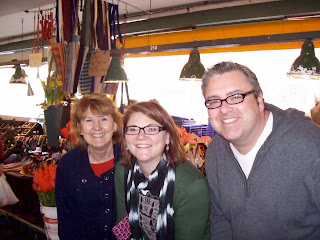 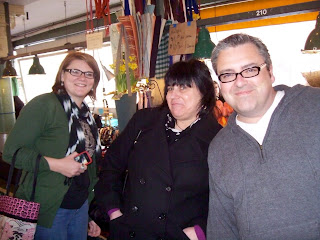 Then, Monday we did some touristy things-- the market, watching the fish throw, browsing the stalls. Synde Korman joined us. Synde is the creative genious behind Cemetery Cat jewelry. Of course, we had to visit the troll under the bridge. 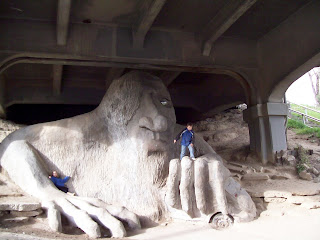 We wanted to get a picture without the kids, but short of shoving them off, we couldn't figure out how. And their mother was right there. She was big.


Then it was off to the University Book Store for a signing with the three of us and Corey Doctorow. 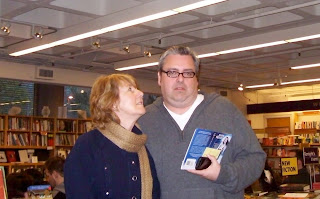 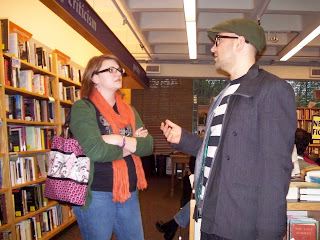 Even though it may look like it, this pose is not me looking adoringly at Mark-- it's me practicing his long neck look for photos. He, obviously, doesn't practice what he preaches. 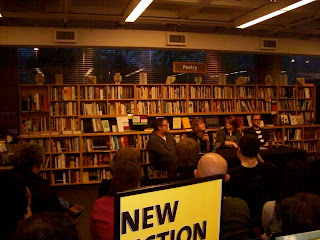 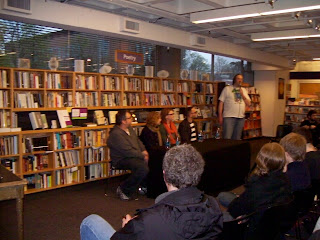 Nice crowd, good questions. Friends Cherie Priest, Kat Richardson and Richelle Mead were in attendance as well. Kat and Cherie had to leave after, but Richelle and her husband and Caroline and a pal joined us at the Chapel for drinks and food, not necessarily in that order. 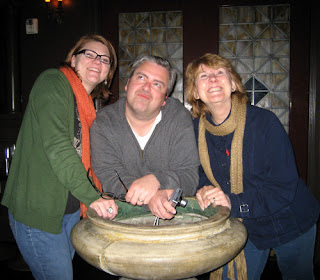 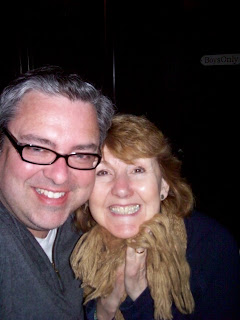 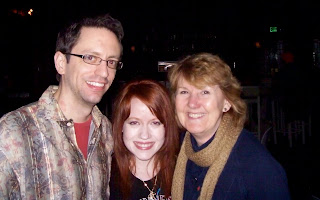 I guess that's it...I did want to add one last reminder--both Mark and Jaye have new books out. Check them out. I'd like to stay with Mark again and if you don't buy enough books, he may be forced to move in with me. Mage in Black is Jaye's second effort and even better than her first. They have the Biting Edge seal of approval. 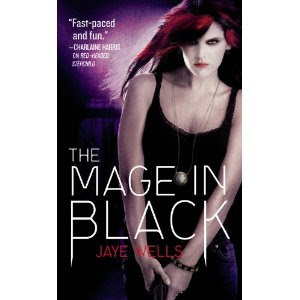 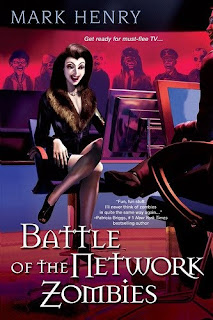 Oh-- and a program note. This weekend I have two appearances:

Comments:
That was in 10 Things I Hate About You. At least I think that was the name of the movie. Had Heath Ledger and Julia Stiles in it. Good movie.

It would be nice to see Rowling put out another Harry Potter book, but I think it is nice to see her take some time off from HP writing(even if that ends up being permanent). After having lived with the novels in some form day in and day out for over ten years, I cann appreciate the fact that she might want a mental break. It would be far worse if she got sick of her characters and never wanted to see them again!

Speaking of books, I didn't make it to the bookstore Wed, so I called them on the phone and pre-ordered Jeanne's new book! yeah! Also on Pre-order is "Little Women and Werewolves." This should be a fun reading summer if I can survive these last three weeks of classes!

Michelle-- you are right!! Good eye. That high school made ours in SoCal look like the dull, cracker box, cookie-cutter things they were. Course, this one was revamped from a hotel but what a great idea! Windows, actual windows! What a conept!

thank you, Leia, for the preorder!! You know how I appreciate it!

And you'll get through those classes-- just like I'll make this April 15 deadline--and I don't mean the tax deadline! :-)

Thanks, and best of luck on your deadline as well :) Starting as soon as I wake up tomorrow, I will be going full steam ahead for a good week and a half before I have a couple day break, and then start all over again. One of these days I'm sure I'll be able to look back fondly and say "When I was your age ....." if I live that long :P