But First!  The official book launch signing for Werewolf Smackdown is Monday, March 22, 7:30PM at the Tattered Cover on Colfax.  Everyone is invited!

Fellow Reluctant Adults Leaguer Diana Rowland is running The Demontatstic Contest to Hell for Blood of the Demon.  And Diana promises all kinds of cool New Orleans-y prizes.  (No, not hangovers or a night in jail.  Think gift cards worth $$)
And over at Qwill, it's a simple but fun contest, pin the caption on the werewolf photo.  And this contest will break the bank in postage for the prizes.  So strut your snark.
If you THINK you can beat me at video games, then read my interview on wiicommunications and guess again.
This Tuesday, starting at NOON Eastern Time, I'm running my fabulous 48 hour Barnes & Noble Werewolf Smackdown promo.  Details in this special edition of the Hollow Fang but I'll tell you now that you can get exclusive literary downloads from these acclaimed Urban Fantasy authors...FREE!

The Princess of Plano and the Terror of Texas: Jaye Wells 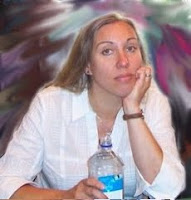 Kat "I could kill you with this bottle of water" Richardson 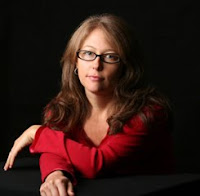 The Velvet Glove with the Syringe of Poison: Carol Crane 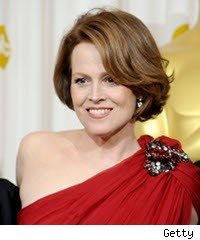 Sigourney Weaver has fought aliens, space marines (as a blue avatar), terrorists, ghosts and now, she's been cast as Ciccerus the vampire queen in Amy Heckerling's Vamps, along with Alicia Silverstone and Krysten Ritter. Shooting starts this April.
One of the daunting questions that has stumped minds through the ages:  Who would win?  A werewolf or a vampire?  This movie (without Sigourney Weaver and sadly overlooked for an Oscar) aims to settle that argument.