Sunday, January 03, 2010
Welcome 2010! Mario here:
It's a New Year and the start of another decade.  I'm proud to say that my debut novel, The Nymphos of Rocky Flats, was named by Barnes & Noble as one of the Best Paranormal Fantasy Novels of 2000-2009.  I share the limelight with the big kahunas of urban fantasy such as Kim Harrison, Laurell K Hamilton, Jim Butcher, and Charlaine Harris.
More good news.  Warren Hammond just got a new contract for KOP Killer, the next installment of his KOP series--a futuristic Third World dystopia. 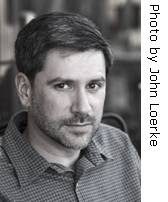 (As unforgettable as a stabbing. That's my blurb. Pretty good, huh?)
Since Warren is in my critique group, I've had the chance to read his draft manuscript for KOP Killer.  It's got all you've come to expect from his demented imagination: robo-vaginas, shape-shifting transvestites, and grotesque mutants.  You'll love it.
If you need your revenant monster fix, try Buy Zombie for make-up, book reviews, movies, t-shirts, and undead gossip.

Speaking of zombies, today I went to a Bronco's game.  (Xmas present from oldest son.) Unfortunately, the Broncos played like the walking dead against the Chiefs. 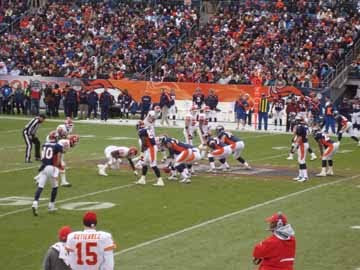 Here's fireworks from one of the few times they got on the scoreboard. 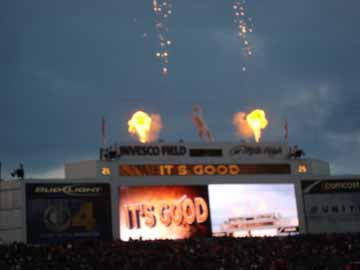 Catch up on more Felix Gomez news with the newest issue of the vampire newsletter, The Hollow Fang.  Get the skinny on book #5, Werewolf Smackdown, plus pearls of wisdom from Biting-edge expat Marta Acosta and the always clever and snarky Nicole Peeler. 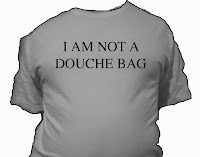 Comments:
Congratulations on your selection by B&N! You are a Big Kahuna now. Just finished up Undead Kama Sutra and am looking forward to Zombie Jailbait next.
Fantastic!

How does Sistercurevo know you're a BIG kahuna.... Hmmmm...

Nice trailer for Ex-Kop. Warren is such a good writer. I keep hoping some of his ability will run off on you...

PS How much did you pay Paul to get on his BEST of the DECADE list?? Yes, I'm jealous...

Now I can die happy knowing there is going to be another KOP book soon....WAIT, not until I've READ the latest from Warren.

Then after that I can't die until there is ANOTHER book from Warren. That's it. I can never die. Not before Warren, anyway.

but...robo-vaginas? He seems like such a nice boy...just goes to show you never know what lurks below the surface.

gina said: just goes to show you never know what lurks below the surface.

Except for Mario. You know EXACTLY what lurks beneath that surface!!

I already knew about the robo-vaginas. Actually. They have me kind of curious...traumatized, yet curious.

I seem like such a nice girl...no, I'm demented too.