Sunday, November 08, 2009
Lost and Found Weekend plus a contest Mario here:
Thanks to Jeanne for covering for me last week. (She did a great job despite her whining about the extra work.)  I'd gone to L.A. to attend a tribute to director  Jesús Treviño by the DGA Latino Committee of the Directors Guild of America. Treviño has an extensive résumé of hit shows to include: Resurrection Blvd., NYPD Blue, ER, The Practice, Star Trek: Voyager, Babylon Five, Star Trek: Deep Space Nine.  He's also received numerous awards such as the DGA's Outstanding Directorial Achievement in Dramatic Shows, and an Alma Award for Outstanding Director of a Television Drama. 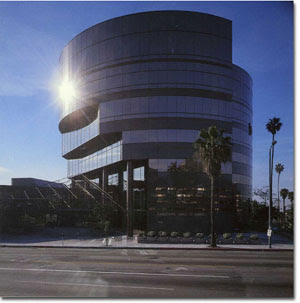 The DGA Theater on Sunset Blvd.
A highlight of the ceremony was an interview of Treviño by fellow screenwriter and director Sylvia Morales. 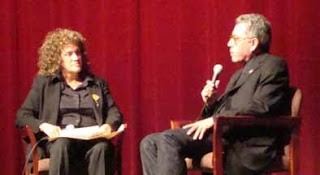 The tribute seemed like a reunion for those in the movie 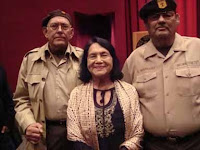 biz and those involved in the Chicano Movement.  Here is Dolores Huerta (flanked by two old-school Brown Berets), a pioneer champion of civil rights not just for Chicanos but for farm workers, women, and children. 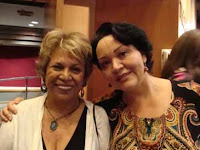 A big treat was that I also got to meet Josefina Lopez, who wrote the play Real Women Have Curves.  On the left is Lupe Ontiveros who played Carmen Garcia in the movie.
Not a great picture but this gives you a good idea of the enthusiastic crowd. 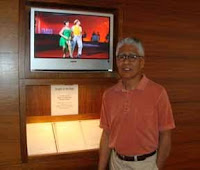 In a surprising coincidence, Denver mystery writer Manuel Ramos was in the area.  He and his wife Flo met with me for lunch at the Los Angeles Farmers Market.  Afterwards we toured the nearby Writers Guild Foundation Shavelson-Webb Library.  Here Manuel poses beside a display of the script and a sample reel from Singing in the Rain. 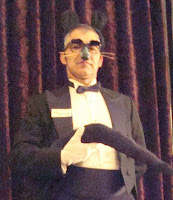 And of course last weekend was Halloween.  For the first time in years I attended a costume party.  I went as Rat Bastard.  No one seemed surprised.
THE event of the party was this awesome fire dancer. 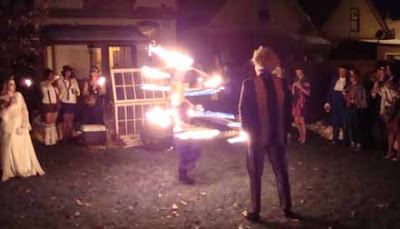 Biting-Edge expat Marta Acosta is giving away a copy of Vampire Taxonomy by Meredith Woerner. Interested?  Then get on over to VampireWire.
And finally, The League of Reluctant Adults blog has a new look, thanks to zombie snark-meister Mark Henry.
¶ posted by Mario Acevedo @ 7:04 PM

Comments:
Mario...gone Hollywood? And what, Oakland falls off your radar screen? Typical...
Sounds like a great time. You met with some incredible folks.
And I, for one, was surprised that you were dressed as Rat Bastard. Pretty darned cute, though.