If you haven't heard, I was crowned this last week as the 2009 Writer of the Year for the Rocky Mountain Fiction Writers. 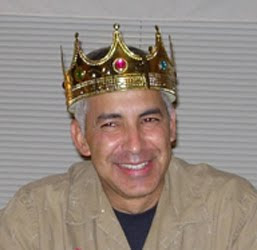 The previous WOTY was our illustrious Jeanne (who at this moment is probably sleeping off a hangover at DragonCon). The WOTY was first awarded in 1985. Previous honorees include the accomplished Jasmine Creswell, Diane Mott Davidson, Francine Matthews, and Robin D Owens, and I'm proud to be on that list.
Pics from last Thursday festivities. 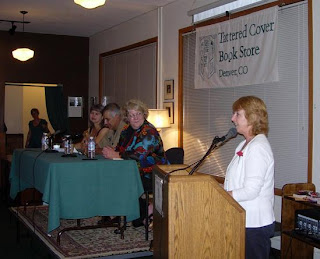 Jeanne serving as the emcee.
The other nominees, Pam Nowak at my right, Kay Bergstrom (and previous honoree, 2003) on my left. 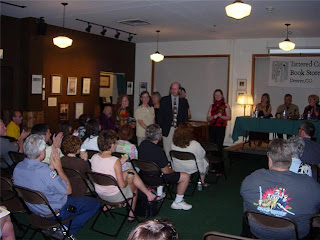 A few of the authors featured in RMFW's newest anthology, Broken Links, Mended Lives.
I learned about author Suzanne Collins from this article in last week's USA Today. 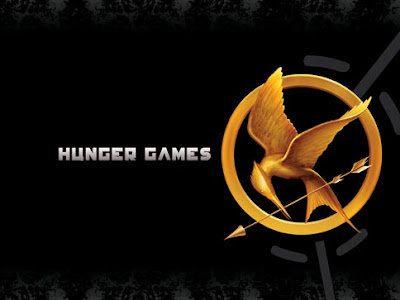 I went to buy Catching Fire and instead bought Hunger Games, the first book in the series. Wow!
It's a YA novel about a dystopian future where selected children fight to the death in televised games.
The story is moody, complex, fast-paced as a bullet, with the hero, 16 y.o. Katniss Everdeen, put through hell that tests her body, mind, and soul.  Collins shows her chops as a masterful writer.  Again, wow! A movie is in the works.
¶ posted by Mario Acevedo @ 7:10 AM

Jeanne wants to steal it.

Fight to the pain!

Do we have to call you King Acevedo, now?

She should. Mostly, it's hey you.