Being a writer has lots of ups and downs and this week I'll share one of the ups.

I was invited to sign at the HarperCollins booth at the American Library Association mid-winter conference. Held here in Denver so that made my travel arrangements from the publisher super easy. I had no idea what to expect even though it was held in the cavernous Denver convention center. This shows you how big and sophisticated the show was (and they still invited me anyway!). 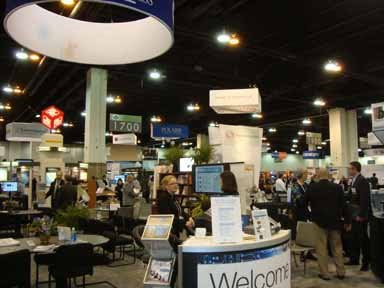 The ballroom was so crowded I had to hunt for HarperCollins even though it was one of the larger booths. 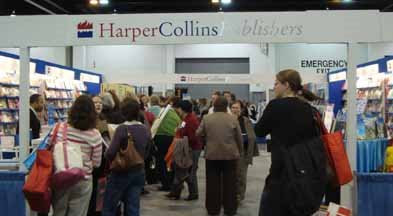 I was supposed to sign for an hour but people kept stopping by so I stayed until the convention staff booted me out at closing time. I met plenty of wonderful people including Stephen who runs a quirky and most-cool blog that you can get to at this LINK. 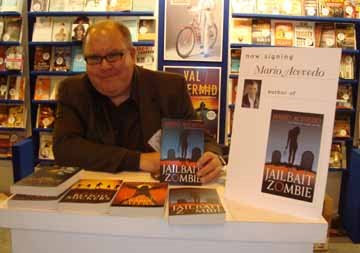 My first novel, The Nymphos of Rocky Flats, is being translated into Spanish. Stay tuned, amigos.

Comments:
Mar, did you paint that image?

No, it's from an exhibit of velvet paintings. I added the fangs.

Congrats on the translation!

Hey - Just finished Nymphos - it was byootiful. Also now everyone knows I'm not 25, thin and with a full head of hair.