Just got back from the last of this year's book promo trips, specifically, to Milwaukee.

But first, last Wednesday, I was the guest author at the Jack Kerouac School of Disembodied Poetics of the Naropoa University in Boulder, Co. (Me? Aren't you impressed!) Naturally, I had to give away an infamous Devil Duck. Here are the creative writing students, mostly poets, crowding around the relunctant recipient of the DD. 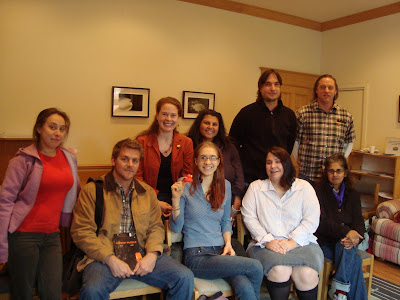 Now, on to the reason for my trip to Milwaukee: Murder & Mayhem, sponsored by the Muskego Public Library. Guest of Honor, Dennis Lehane.

Milwaukee proved to be one of America's best kept secrets. Here's the view of downtown from my window at the swanky Iron Horse Hotel.

I got there Friday afternoon and once we authors started our confab, it wasn't long before we began drinking. Afterwards we carpooled to Muskego (since the scheduled limos never showed up) and continued drinking during the reception in the library. 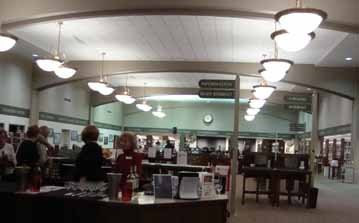 That night we piled into Jon and Ruth Jordan's house (the Jordans of CrimeSpree Magazine) and were allowed to bob in the famous bathtub of beer. 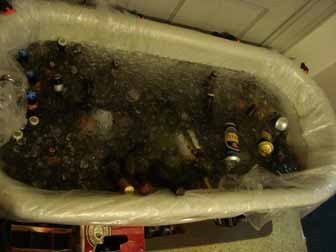 The Jordans live in an awesome, funky house above a huge machine shop. The house is crammed with pop culture kitsch and hundreds of mystery books, to include these two titles from a familiar schlub. 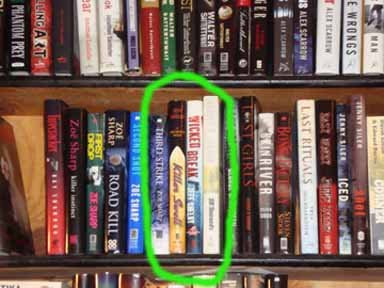 Saturday, we returned to the library. After lunch, we retired across the street to drink behind a convenience store for the First Annual Muskego Beer in the Alley Fest (As you can tell, drinking was a continued theme this weekend) Here is the Master of Liver-Punishing Ceremonies, Joe Konrath (right), with acolyte Blake Crouch. 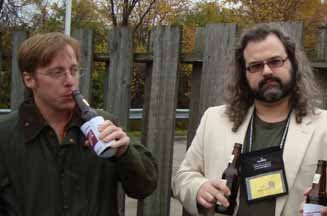 Though she denies it, you have to work hard to catch Lori Armstrong without a bottle in her hand. Here, pulling their weight during the Beer in the Alley Fest: Lori, Sean Chercover, and Marcus Sakey (with the shaggy hair). 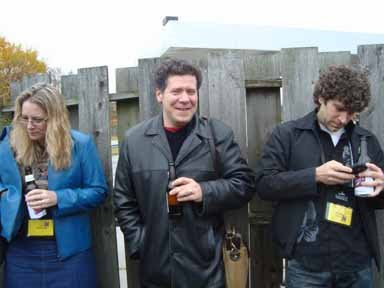 Saturday night, we authors were treated to an open bar (natch) and dinner, followed by massive piles of chocolate (and more booze) at the Jordan's. This gives you a good idea of the Jordan's house (Sean Chercover, left, and Jon Jordan, right). 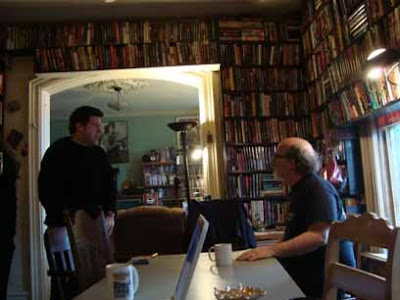 One of the great authors I met was B. Clay Moore. He writes screenplays and graphic novels (including the uber-cool Hiwaiian Dick series). Check out his work at Sneaky Previews.

Lastly, on my way home, look at what I saw on display in the airport newsstand. 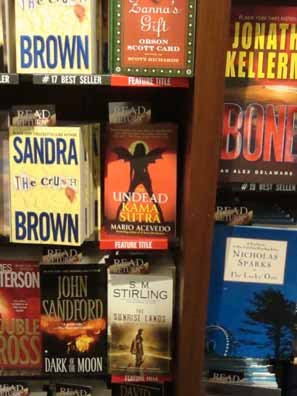 Comments:
Speaking as another winner of an infamous Devil Duck, she probably just needs a little time to fully realize the honor she's been bestowed.

What's it like to see your own book at the airport stands? If it were me I probably wouldn't need a plane to get home.

There's nothing quite like seeing your book in the airport is there?
Thanks for being a part of Murder and Mayhem Mario,

It was a big surprise to see my book in the airport.

Ruth, Milwaukee and your hospitality were awesome!

Great seeing you, Mario. Looking forward to the next shindig.

The Jordans have AMAZING taste in books.

the airport. you and I talked about this. you have ARRIVED, friend.

Can I drink in the alley next time if I supply the beer?

Had a fantastic time, and enjoyed meeting you, Mario.