When the city of Denver announced that it would be celebrating it's 150 birthday by honoring 150 "unsung heroes", artists Jennifer Mosquera and Russ Wright thought that our artist friend Eric Matelski deserved to be one of those heroes. So Jennifer and Russ enlisted me to write the nomination for Eric's application. (The reason was that I'm good at writing fiction.) We had to get a lot of personal background on Eric and his wife, Amy, used her feminine wiles to get that info without tipping off her husband. Numerous drafts of the nomination were emailed back and forth. We were such sneaks. 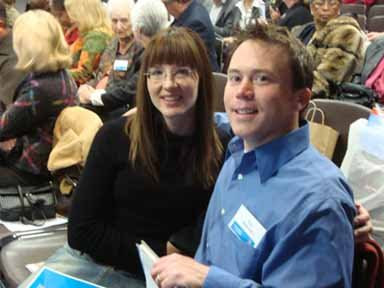 Eric was surprised when the city contacted him about the award. We did it! Here are Eric and Amy at the ceremony. Read what the Rocky Mountain News wrote HERE. 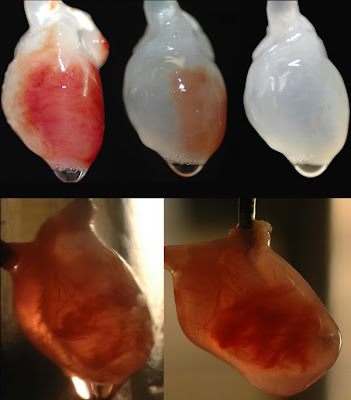 Biologist Doris Taylor and her team at the University of Minnesooota have tested a reanimation process using rat hearts. First they flushed the cells of a heart. They repopulated the extracellular matrix with stem cells from a recipient rat...and got the reanimated heart to beat. One problem of organ transplant is tissue rejection by the recipient and Taylor's hopes this reanimation process will eliminate such rejection. But there's always the law of unintended consequences. 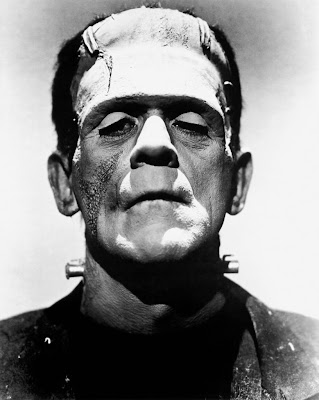 From the files of Life always trumps Art.

Even a zany writer like Tim Dorsey would've been called out by this story as too outlandish for fiction. 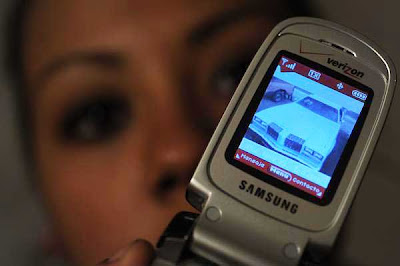 (photo Denver Post)
Vanessa Burdiaga bought this 1977 Oldsmobile Cutlass at a police auction for $400. Sure the car had a flat tire, bullet holes, and evidence stickers (and no keys) but Burdiaga thought it was a deal. Someone at the auction recognized the car, claiming that he'd been shot in it. As proof, he provided a set of the missing keys (which he sold to Burdiaga for $40). Once home, she cleaned the car and tossed out a couple of blood-stained bandanas, suspicious metal pipes, gloves, and an empty bottle of booze.

Two days later, a Denver police detective shows up and confiscates the car, claiming that it was evidence in a murder investigation. And he made Burdiaga recover the items she'd trashed.

Big Oops in releasing the car to the auction. Do Over in the evidence chain of custody.

Hmmm, what defense attorney couldn't tear the police a new one if this car is introduced as evidence?

Meanwhile, Burdiaga is waiting for her refund from the police. 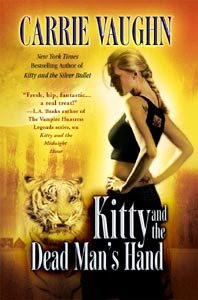 Comments:
Wow ... heart reanimation. That's *huge* if all their experiments prove successful enough to be introduced into the medical field. I feel like I'm living in a Star Wars novel just a little bit more as every single day goes by. In fact, I still haven't gotten over the similarities between digital picture frames and holocubes.

Yeah, we're so smart. Which explains why the economy is in the toilet.

Go to your favorite bookstore and buy books. They make the best presents.

... especialy ones from locally run bookstores.