We may read a lot about vampires but our images of them are shaped by what we’ve seen on TV, usually the old movies. There’s the famous interpretation of Count Dracula by Bela Logusi.

The first vampire movie I saw starred Christopher Lee, more famous to you kids as Count Dooku in one of the god-awful Star Wars sequels (should’ve named him Count Cuckoo). 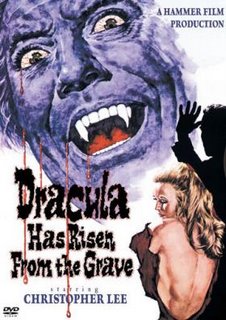 Many people panned him in the role as a vampire but I enjoyed George Hamilton in Love at First Bite.

More recently we’ve got Wesley Snipes as Blade, a daywalker vampire fighting the bad vampires, who do a poor showing as undead monsters.