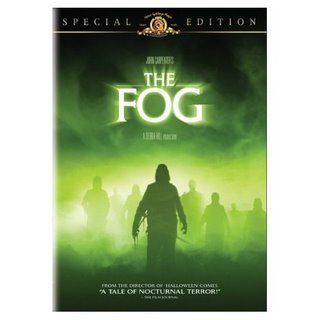 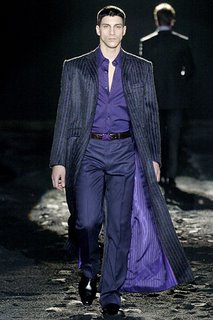 I live in a foggy climate, so fireworks have always been a bit of a losing proposition. Hey, the fog is kinda pink! Hey, the fog is sort of green! Watch out for the FOG! (If you haven't seen this classic John Carpenter flick, check it out. It's the spookiest cloud formation in films.)

It's another gray and overcast 4th of July, but I don't mind too much because my novel, Happy Hour at Casa Dracula, was released today. I'll be having my book launch at Cody's in Berkeley on Friday evening and I'll be at a few other Bay Area bookstores over the next month.

I will not be wearing a vampire costume. My vamps, by the way, prefer natural fibers, classic cuts, and tailored suits. They like linen in the summer. If they had a favorite new designer, it would have to be hot, hot Ghanian born, British-raised menswear designer Ozwald Boateng. He makes clothes that look like updated versions of the suits Sean Connery wore as James Bond.  ¶ posted by Marta @ 10:39 AM

Great! Have fun reading it.

Go get 'em. Sell your way to the top of all the bestseller lists and then lend me some money.