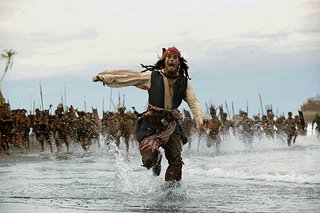 I was thinking the other day of guilty pleasures. Chocolate. Coffee. Whipped Cream. One of my favorites is The New York Observer. It’s a rag. You can tell that right away because it’s pink. Orange. Well, I guess if you went to a F.U., the color is salmon. (By the way, Marta, since I attended a public university I guess I went to a P.U.) But I digress. I subscribe to The New York Observer because many years ago, in another life, I lived on the New Jersey Coast. I was a block away from the beach and forty-five minutes from New York City by train. It was the best of both worlds. In fact, it was such a cool place that I found myself sharing the beach with John Lennon and Yoko Ono one day. How did I come to live there? That’s a story for another day because I’m digressing.

It’s the heat. Back on track.

The New York Observer is special because it never takes itself seriously. I mean, how could a newspaper that tells you which restaurants to go to with your lover when you’re having an affair take anything seriously? You also get to read Rex Reed’s snarky movie reviews and find out which clinic to go to when you want to choose the sex of your next child (fee: $3400). But the best feature is the bi-monthly column written by George Curley called “George and Hilly.” It purports to be the dialogue of a couple of twenty-something yuppies on their psychiatrist’s couch. They’ve just moved in together and are trying to iron out the wrinkles. Since they are both selfish, egotistical and self-medicating, it makes for good reading. In fact, I see Dr. Selman rolling his eyes when he says things like, “So you (George) identify Hilly as having an alcohol problem when you yourself are taking mushrooms and drinking vodka, etc etc….” Anyway, it’s great fun and it makes me feel normal.

Of course, as soon as I wrote that I remembered that I liked The Pirates of the Caribbean, Dead Man’s Chest. How normal is that?

Something else I like about the paper…its reporters use the “f” word. Now I ask you, what other paper does that?

Got the manuscript for Watcher in the mail to my agent on Monday. What a relief. At least I think it’s a relief. Maybe he’ll hate it and want me to do major rewrites. I’m not going to think about that right now.

Good interview with Carrie, Mario. I bought her second but haven’t had a chance to start it yet. And as you can see, I did not get Firefox up yet. Now that I have a little free time before starting my next book, I will do it, Marta, I promise!!!

And other breaking news: Jeff Shelby, talented writer and member of Rocky Mountain Fiction Writers where, until he moved, was part of a critique group with Mario and me, landed in the number 3 spot on the Denver Post's best-seller list! Number 3 for WICKED BREAK, the second in the Noah Braddock PI series. Way to go!!!  ¶ posted by Jeanne Stein @ 5:02 AM

Comments:
Hi Jeanne,
Firefox is great. I use it all the time at home and at work. I get a lot less pop ups with it.
It's nice to know you were a Jersey girl. I enjoy vacationing in Cape May. Can't get enough of those gigantic houses! Love strolling the boardwalk at night.

I lived in Sea Girt--a picture postcard perfect little town (at least it was THEN. I won't tell you how long ago because then you'll realize that I am OLD!) :-)
Anyway, it's my second favorite place that I've lived. San Diego is the first, of course!

And thanks for the info about Firefox. I plan to work on it this weekend!

Jeanne,
Though I live NY, and adore the beaches of the Jersey coast, my first love is Kingston Ontario. I've been vacationing up there my entire life ,and if I told you how many years that actually is it would also indicate that I am OLD!

I've heard that is beautiful country-- have to plan a trip one of these days!

Although we weren't terribly into Canada territory, the Thousand Islands is just so utterly beautiful. Especially Boldt Castle, which has been renovated. Make a trip there. It's so romantic.